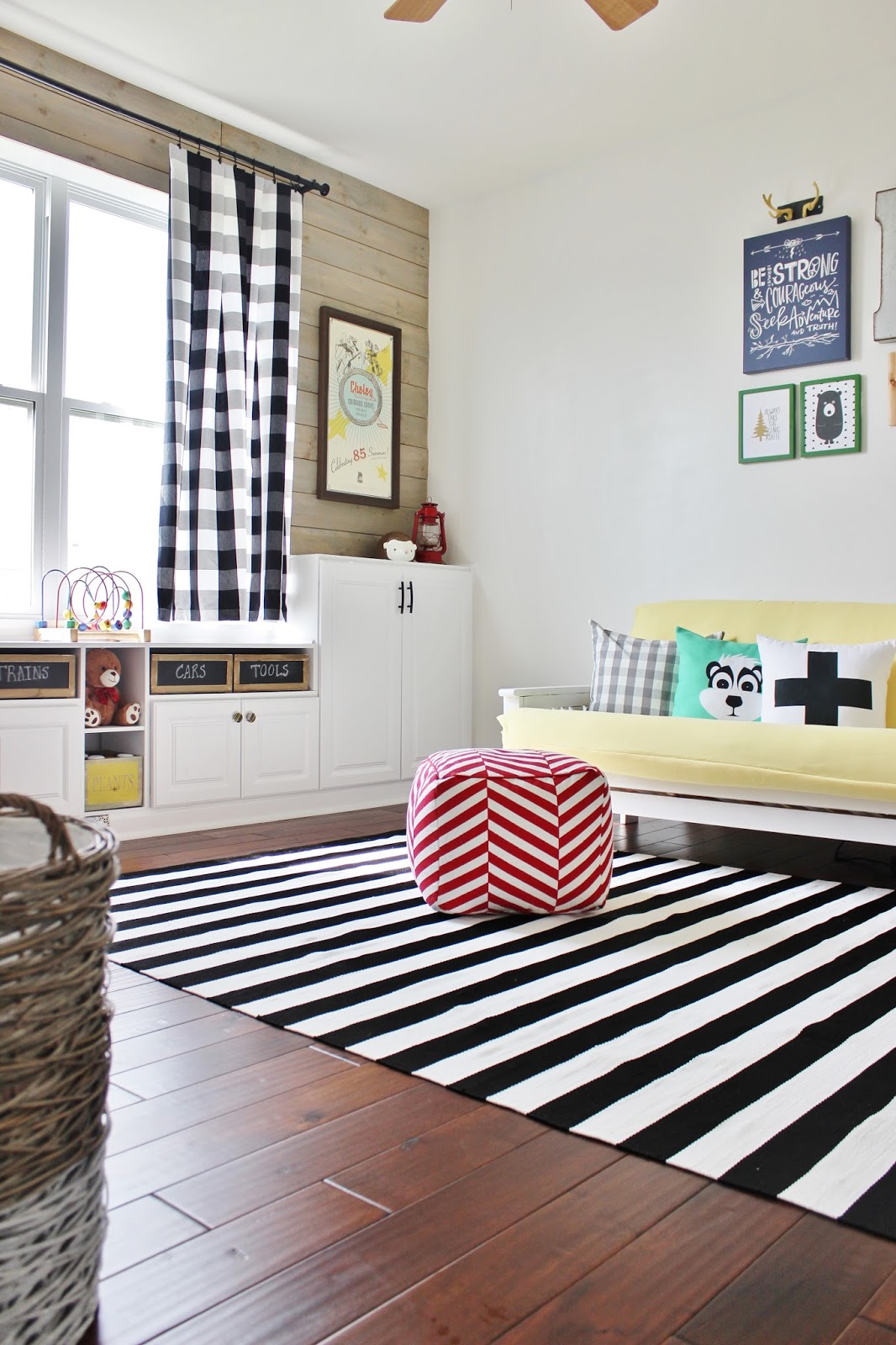 Remember that time we converted our boring, unused office space into a playroom with a TON of  "built-in" storage and I thought we were set for life? Like every toy would always have a place behind those closed cabinet doors. Well, it turns out the older your kids get and the more you keep adding to the family, the more crap

stuff you accumulate. Who knew? First-time moms, that's who!🤣

I have had a running list of home projects that I have been meaning for us to get to (who doesn't, right?) and one of those projects was to add more storage to the playroom. Yes, more storage!

Here was the problem.....we scored a train table a few years ago off of our local Facebook sales page but I don't think I ever recall anyone playing trains on said table. Instead over time it just became a dumping ground for all the toys that were oddly shaped or too big for the cabinets, things that didn't have a place, or more annoyingly, the items that Little B was too lazy to put away.

Let me add, I'm an avid purger of this room. I probably sneak in here at least once a month, if not more to clear out all the broken items, cheap fast-food/gift bag trinkets, and all the other random crap my offspring brings into this home (rocks, advertisements with bounce houses on them, empty egg cartons, etc....) I also rotate toys and keep a few bins of unused items in the basement. Despite all these efforts, things were still out of control, mostly because they didn't have a home.

Sorry for the bad phone pic, but honestly, the best camera in the world couldn't do this hot mess any more justice. Now in our defense, I shot this pic on one of the particularly messy days. It wasn't usually THIS out of control, but it's what finally gave me the kick in the butt to do something about it!

After picking up some pine boards at our local hardware store (we went with 5 feet), I gave them a light sanding and then stained them (Miniwax Jacobean). Later that afternoon, the hubby hung them.

Stop the presses! This really was a one-day project! You guys know when it comes to home projects that ALMOST never happens.

My goal (other than to take back control of this room!) was to make sure that all three shelves were reachable for Little B. The last thing I needed was another reason for my kids to scream for me to help them with something. The bottom shelf I wanted to be at baby girl's level, so that we could start storing her toys there. Now that she's 1.5 and I feel more comfortable with her playing in a separate room (with many check-ins!), I've started to transition some of her toys from the living room to here

Despite being a catchall, the train table was taking up so much real estate in this room, so not only did we add storage but the kiddos have almost a foot more space to move around in. The added floor space makes the room feel so much bigger.

I'm still playing around with what items are going to go where (Little B is convinced EVERYTHING in the playroom should on these shelves)  but let me tell ya, my anxiety level in this space is wayyyy down now!

The kids love the shelves too and I have to say I'm pretty happy with our first DIY project of the year!

Psst....see how this room use to look before we turned it into a camp-themed playroom.

Today I have another project from the past that I'm...
Read
BEST HOME SALES TO SHOP THIS MEMORIAL DAY WEEKEND
January 27, 2023

Memorial Day sales have started! I seriously love me some...
Read

Transforming your home, from the inside out.